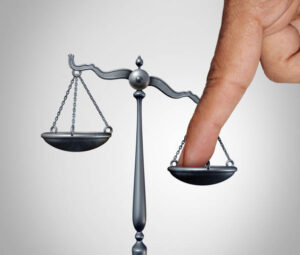 Who cares? Who actually gives a damn about those who are considered throw-away cases or lost causes? Is it true that we’re living out our political purpose designed before our births? No doubt, it is still true as it was in 1820 – here in 2021 Missouri, there is no justice for all. This is the 36″30 Parallel (the Missouri Compromise of 1820), the Show Me State, and a state that is still ruled by a Supreme Court that’s under the influence of hypocrisy.

But today I was struck with disbelief when I heard a commentator host on Fox News Prime Time mention an honest logical point. It’s the same point that the Republican party of St. Louis City metropolitan area hurled out in criticism of the St. Louis Circuit Attorney as they openly discussed their disdain and dissatisfaction towards this popular, elected city official.

I know you’re probably asking yourselves what I was doing watching Fox News. To be completely honest with you, I am neither a Democrat nor a Republican, nor have I ever been a easily influenced person. But on October 9th, 2021, I was channel surfing and heard someone say, ”These circumstances are compelled by district attorneys refusing to prosecute these cases.” I hurried up and rewound my fingers to catch the story, and I was floored when I heard Greg Gutfield of Fox Cable News say it again.

Before I get into my gripe, let me first say that I don’t necessarily trust, believe, or have faith in the system or justice in the State of Missouri. I see the office of the Circuit Attorney as I did when I was first arrested. They were the top cop for the city then, and they are the top cop for the city now. The only difference now is that a black woman has the job and not some socially and politically connected white male.

Greg Gutfeld asked the question, and so did Kimberly Gardner’s political rivals. Now I’m curious as to why no one asked the same question about Steve Ohmer.

On May 19, 1990, I was arrested for a crime that two boys said I did. Two months later one of the two witnesses participated in the forceful entry of an apartment, robbing seven men playing a dice game, and sadly firing a shotgun, hitting an eight-month-old child in the right eye and blinding him. Accordingly, Missouri leveled 18 charges, including seven counts of robbery, two counts of first-degree assault, and nine counts of armed criminal action. As he was a juvenile, he was released to the custody of his mother. Six months after that, he robbed a pizza delivery driver and stole the man’s car.

On July 15,1991, prosecutor Steve Ohmer chose to take the entire case against him and all those involved in the robbery and shooting of the child under advisement. I would not learn until 2018 that the prosecutor dismissed the case even though the witness admitted to the crime, and his codefendants implicated him and his role in the crime. Why didn’t this prosecutor seek a trial or conviction?

That witness, that young boy, received only probation and walked free. I’ve not heard anyone say that the then-prosecutor made the wrong choice. But that same boy would murder a woman in broad daylight six years later – her two children might have something to say about it. Still, I am sure that the Republicans, or Kimberly Gardner’s opponents, would rather sweep all of this under the rug.

Steve Ohmer went on to become a circuit judge a year after I was convicted. There is no way he would want to talk about his failures now. But again, why isn’t anyone asking how or why THIS prosecutor failed to prosecute that witness?

On August 31, 2021, the Missouri Supreme Court refused to hear or address my habeas corpus, instead requiring me to submit my case to the Circuit Attorney’s office – AFTER a judge already ruled in favor of my innocence. You’re forcing me to trust the top cop for the city – who you have a problem with yourself – and disregarding the 2020 judge’s ruling. All the Missouri Supreme Court had to do was hear my case, and rule to grant me a new trial or free me.

That’s Missouri’s judicial hypocrisy. I may die in prison now. Again, an innocent man is condemned to suffer the fate of 36 30’ Parallel.

Now who will prosecute those who denied me my freedom? Who will hold to account those who violated my constitutional right to be free from cruel and unusual punishment by not hearing my habeas corpus? Who will charge those who illegally restrained me from my physical liberty? By law, that is kidnapping! Who will do this if the prosecutors are not willing to prosecute these cases, as some St. Louis politicians stressed when they accused Kimberly Gardner’s office, and according to what Greg Gutfeld just said?

What’s wrong with the world? Why is it that I am not heard, no matter how much I scream out about this injustice?